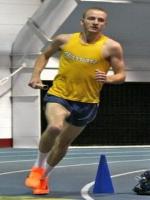 To see all performances, subscribe to start your free seven day trial

Top 10 XC Coaches in VA: #6 Lindy Bain...
Group AA followers have been well familiar with the Western Albemarle boys who have almost on an annual basis been in the hunt competing for state titles every November at Great Meadow. It was huge ne...
Southern Track Classic - List of Accepted Athletes...
List of accepted athletes for the 2011 Southern Track Classic to be held Friday, May 13th at Sports Backers Stadium in Richmond....
Indoor Track is Back! Well...Weather Induced at Gus Lac...
After running laps and laps around the shorter track indoor facilities throughout the winter, many of the teams and athletes competing at this past Saturday&#39;s Gus Lacy Track Classic were given an ...
2011 All-MileStat.com Indoor Track Boys Team...
First, second, and third team selections for the 2011 All-MileStat.com Indoor Track Boys Team....
MileStat.com's Recruit Rankings (Class of 2011) - Distance
Annie LeHardy was selected as MileStat.com's cross country runner of the year this past fall and is also considered by the site to be the top distance recruit of the 2011 class. A sub 5 minute mil...
2010 All-MileStat.com XC Team Award Winners...
Award winners for the 2010 All-MileStat.com XC Team with selections announced for this past fall season's Runner of the Year, Coach of the Year, Freshmen of the Year, and Most Improved Runner of the Y...